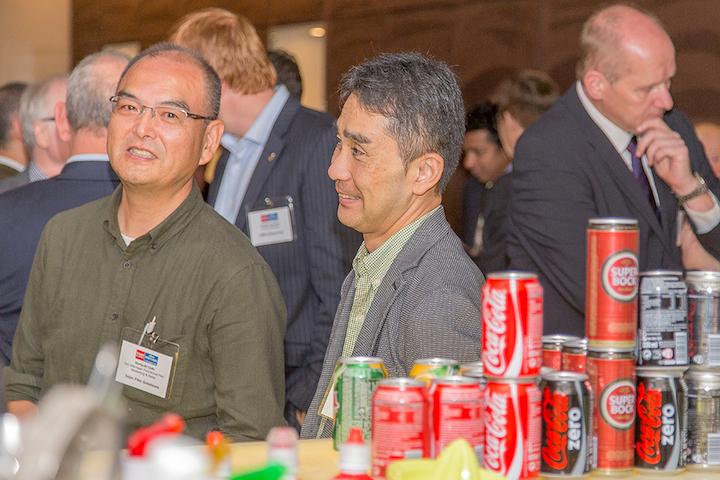 If the canmaking industry worked harder in promoting metal packaging to customers and consumers there would be more growth and opportunities for the sector. Mónica Higuera reports from Lisbon

At The Canmaker Summit held last month in Portugal there was a call from speakers for the industry to work harder in promoting metal packaging and to be more aggressive in highlighting the can’s advantages compared to other packaging, particularly its high recycling rates and its role in preventing food waste.

Listening to customers and the need for marketing the can was a case in point with executives from food and beverage companies warning canmakers of what they perceived as lack of innovation or competitiveness.

José Jordão, executive director in charge of marketing and innovation at Portugal’s largest soft drinks filler Sumol + Compal, provided a word of caution. He spoke of the critical challenge in understanding consumers, especially in a sector such as carbonated soft drinks which renews its customer base every five-to-ten years.

The company was created when Sumol and Compal merged in 2008. Today it handles a wide range of brands of drinks, and vegetables and tomato-based products. Among its own beverage brands the most popular are Sumol, Compal, B!, Um Bongo, Frize and Água Serra da Estrela. Among the brands it fills are Pepsi, 7 Up, Guaraná Antarctica and Gatorade. In beer, it owns the Tagus brand, and also represents Grölsch.

Sumol+Compal uses approximately 240 million cans a year and has five canning lines, four of which are based in Portugal and one in Africa, in Angola. The company had a turnover of €341.3 million (US$362.4m) in 2015.

Jordão shared with delegates how in the 1960s Compal’s first iconic package was a beverage can for its juices which remained a brand icon for nearly 40 years until then-competitor Sumol launched a glass bottle with a twist-off cap. The consumer response was such that in less than one year Sumol’s bottled juice took 30 percent of Compal’s market share. “We didn’t see it coming,” he said, adding that Compal also moved its juice packaging to glass bottles the following year.

Jordão also advised canmakers that packaging should allow for more customer differentiation and admitted he was “absolutely impressed” by the cans taking part at the Cans of the Year Awards.

Another word of caution came from Ricardo Santos Costa, vice president of global procurement and buying at olive oil producer Gallo Worldwide, a joint venture between Unilever and family-owned SFMS.

Since 2014 Gallo has been ranked by Euromonitor as the second olive oil brand after Italy’s Bertolli and ahead of Spain’s Carbonell. Cans have always been part of the company’s packaging portfolio since 1919, explained Costa, “nevertheless,” he added, “cans could be greater”.

He said the cost of cans is their biggest challenge, being about 30 percent more expensive than bottles – and they are losing competitiveness.

Mitesh Jamnadas, chief innovation officer at Dan Cake, the only manufacturer of Danish-style cookies outside of Denmark, shared with delegates how the company set out to increase sales by breaking down the seasonality of its flagship blue tins of cookies, which were normally sold only for Christmas.

The company operates in three market segments: own brands (with Dan Cake and Danesita), private label for retailers, and co-packing for other bakery players.

Initiatives including selling sets of three tins together required to play a game, special editions for occasions like Valentine’s day, and giftable tins sold in souvenir and duty-free shops, all helped increase sales.

Half of the company’s sales are exports of cookie tins, said Jamnadas, and most of the sales increase in the last year was for this product, which represents 60 percent of the company’s €56.5m turnover ($60m).

Other examples of how package design can engage and enhance the consumer experience were discussed by canmakers Crown Holdings, Ball Corporation, Can-Pack and ALeco Container; while canmaker and contract manufacturer of aerosols Colep shared the group’s vertical integration model developed to gain control over the value chain.

• The Canmaker Summit 2017 will take place at Gleneagles in Scotland on 24-25 October.


© 1988 - 2020 All Rights Reserved. The Canmaker Summit is part of The Sayers Publishing Group Ltd. Registered in the UK